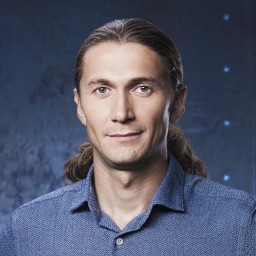 My name is Albert Tugushev. I am originally from Russia, and currently living in Thailand (Phuket). I am a professional software engineer since 2004 and experienced Python developer since 2014. I am very passionate about free/open source software and have started to actively contribute since January 2019.

From August 2017 through August 2019, I worked for The Abyss LTD as Head of Engineering Department, where I worked on a new gaming platform The Abyss. I managed the Backend Department (5 people) and was responsible for developing high-load and scalable web services. Technologies: python 3.7, django, django-rest-framework, pytest, redis, rabbitmq, postgresql, docker, gitlab.

From August 2014 till August 2017, I was a Senior Python Developer at Destiny.Games in the Development team headed by Yuri Balandin, where I worked on a popular Korean fantasy non-target MMORPG TERA. I was responsible for developing web services. Technologies: python 2.7, django, unittest, redis, mysql, jenkins, gitlab.

From August 2011 to August 2014, I worked for Destiny Development as Perl Developer in the Development team headed by Yuri Balandin, working on many web services mostly for online games (browser and desktop). Technologies: perl5, catalyst framework, mysql, memcached.

From March 2009 through January 2011, I was employed at Mail.Ru Group as Senior Perl Developer, where I worked on a quest-editor for postnuclear online game TimeZero. Technologies: perl5, xsperl.

From August 2007 to October 2008, I was a Perl Developer at LLC “TimeZero”, where I worked on quests’ scripts for online game TimeZero using Perl language. Technologies: perl5, xs perl.

I received a Master’s degree in Mechanics and Mathematics at Ulyanovsk State University in 2005.